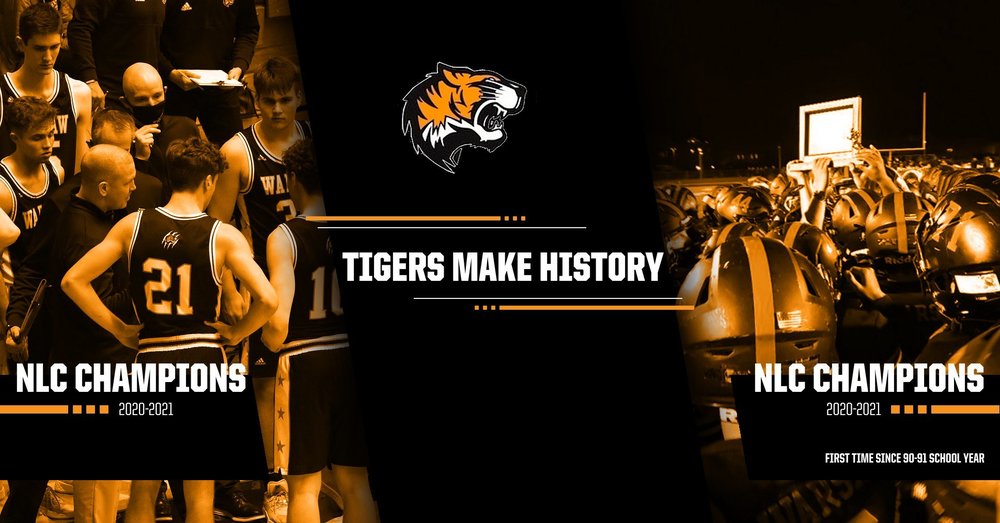 The Warsaw Tiger Boys Basketball team put the finishing touch on a Northern Lakes Conference championship season with a 70-44 win at The Rock in Plymouth. The win put the Tigers at 6-1 in the conference, and made them co-champs with league newcomer Mishawaka. It marked the sixth time in seven years that the Tigers claimed at least a share of the NLC crown, and the first under new head coach Matt Moore.

It was also the first time since the 1990-1991 school year that Warsaw staked a claim to the conference championship in football and boys basketball in the same school year.

The Tigers backed the win at Plymouth up with a 76-32 win over Wabash the next night in their final game in the Tiger Den this season. This made the team winners of seven straight games and owners of a 14-7 record, Warsaw will finish up the regular season with a matinee at South Bend Washington on Saturday, February 20, 2021. Junior Varsity tip time is 3 pm.

Congratulations to the teams, coaches, families, and Tiger fans on making history for Warsaw Community Schools!